What's this, you say?
A blog post? Really?
I know, I have been absolutely terrible about blogging lately. What can I say, other than things have been busy as usual around here and the blog has taken hit. Sorry blog. You've missed so much! Vacations, baseball, flag football, storms, photographs, stories. Where to begin the catch-up?
Well, I can't promise I will review everything that has happened, but I can start with the excitement of our day today. Gabe competed in his first-ever triathlon, consisting of a 50 meter swim, 1.2 mile bike ride and a .6 mile run. And, Gabe won first place!
But more important than winning is the fact that he once again learned to never give up. And he could have easily given up after the swimming, as we learned it is NOT his strong suit.
Here's Gabe waiting to start... 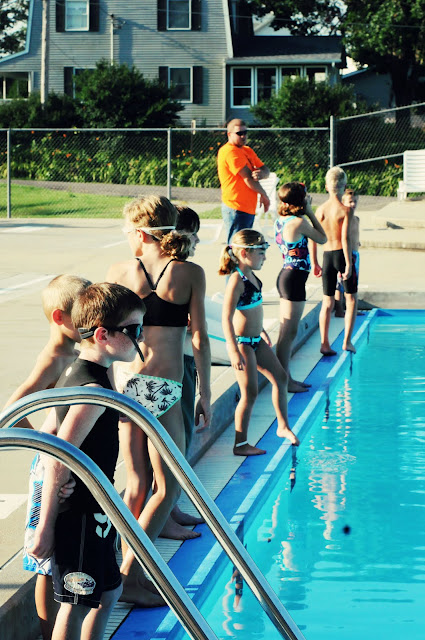 And here he is during his first few strokes, already falling behind. 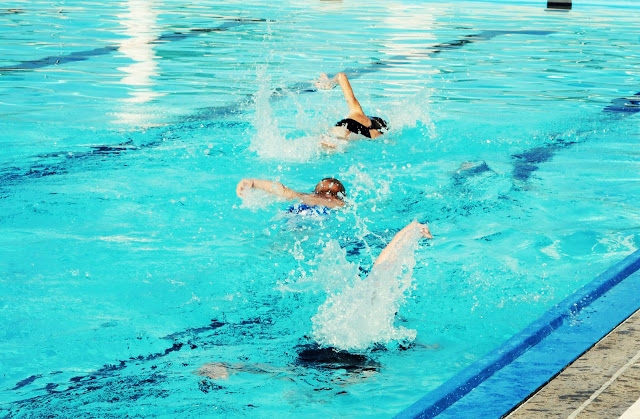 Gabe did leave the pool in last place. But instead of throwing in the towel, he kicked it into high gear for the biking... 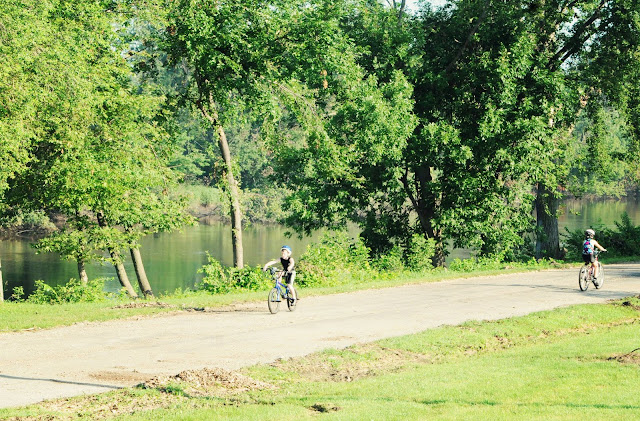 And for the running... 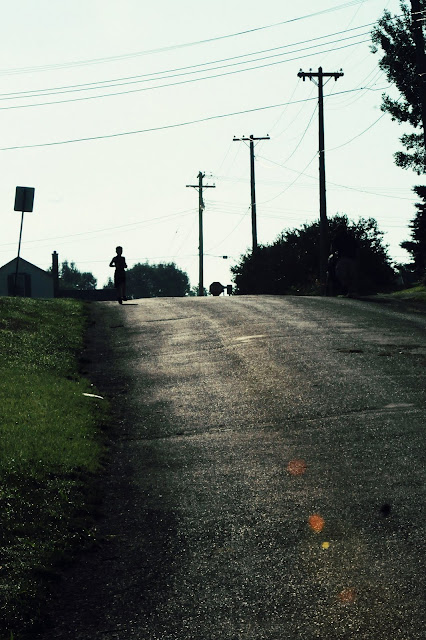 And Gabe ended up coming from behind to be the first to cross the finish line. He is really one of the most determined people I know.
Gabe, our little competitor. 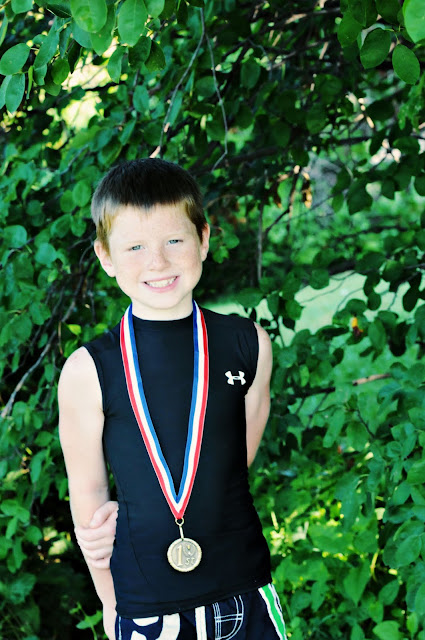 And here's Gabe with his buddy, Damon, who also competed and won second place. (Awful lighting, I know. They were lined up for a photo for the paper, so I just snapped a shot.) 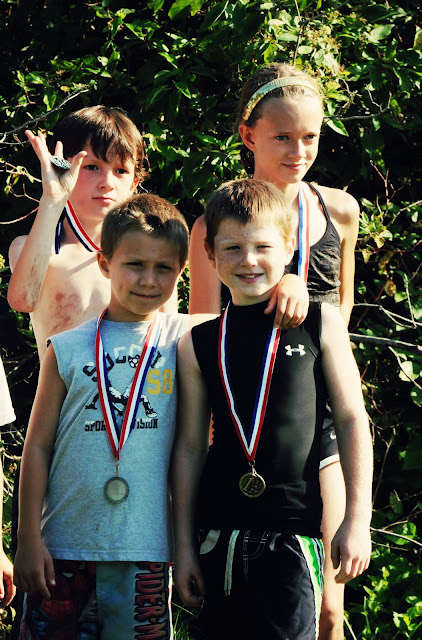 On a side note, it was so nice that these two friends grabbed the two top spots. And I not only witnessed Damon congratulating Gabe on his win, but also proceeding to tell everyone he saw that his buddy won first place. What great sportsmanship! I love to see friends cheering each other on!
And one more side note...Chloe is still too young to compete in these events at the age of four. But boy, is she ready! She would compete in a heartbeat if they'd let her! And she certainly didn't let the age gap stop her today, proceeding to run alongside Gabe as he completed his running stint of the race. She then did an extra .6 mile run for good measure. All with a smile on her face. Here's dad showing Chloe the finish line as she completed the run. In flip flops, nonetheless. 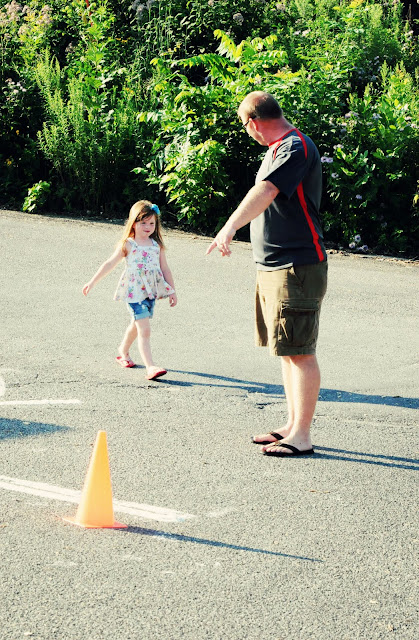 So there's Gabe's first triathlon in a nutshell. It's goodnight for now, and hopefully see you soon dear blog.
Posted by Unknown at 1:31 AM

Way to go, Gabe! That determination will serve him well in the future..And what a sweet friend he has in Damon!

I can see how Cloe can't wait to compete! She has all those brothers modeling that drive for her! Can't wait for her turn!

P.s. Someone called Carter "freckle face" at the pool last week - trying to insult him. Really?

Well, I just accidentally found your blog through the Football and Fried Rice blog, and low! Your family is darling, and I absolutely love your photography! In fact, I think I'd like to have you over for a cup of coffee while you show me how I could take great pictures, because I'm just a great-picture-taking wanna-be!! I do TRY with my camera, but my camera and I don't always have a friendly relationship. You have a terrific blog!

Congrats to Gabe! I love his determination and willingness to never give up. I {heart} the photo of Gabe and Damon too. It warms this momma's heart to know there are kind boys in the world :) I did bust out laughing at Chloe in her flip flops... Funny girl!!

WAY TO GO GABE! That is wonderful! And the best part of the story is that you were the last one out of the pool, but you didn't give up! That determination will get you far in life! And it grabbed you first place this time too! That is sooooo cool!