Better late than never, right. That's exactly what I thought as Jason reminded me that I failed to do a birthday blog post for Cooper way back in June. Sorry, Cooper! Mama's been a bad blogger this summer!

My sweet Cooper. How you've changed so much in the last year alone. Our boy that was too timid to get out on the mat at the beginning of the wrestling season, but ended up fourth in the entire state at the end of the season. Our son who sometimes prefers to hide in the outgoing shadow of his big brother Gabe, but who comes home from a year at school with 10 best friends. And, then there's the girls. We lost track of how many girls have told him they are going to marry him. But he's oblivious. Our son who is sweet and kind, yet knows exactly how to push his little sister's buttons if he chooses to. And our son who told me today that he would love to have 100 brothers and sisters, because he just loves kids.
Oh, Cooper, how I love you my sweet little heartbreaker. 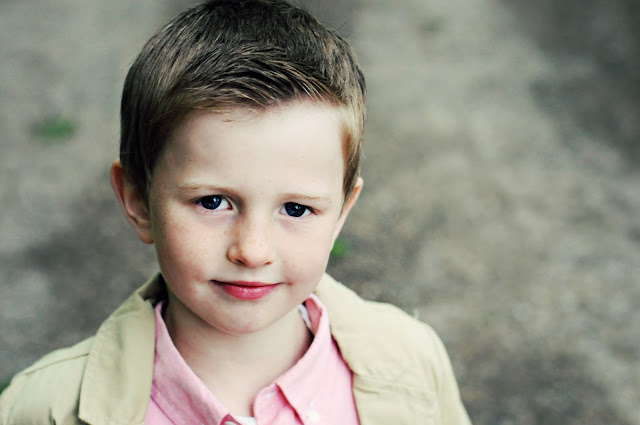 For Cooper's birthday back on June 10, we kept it low key. Cooper had one friend, his buddy Easton, over for a sleepover and slept in a tent pitched in the backyard. Well, most of the night, as the boys got too cold at about 4 a.m. and came inside to finish up a good night's sleep in the warmth of the bunk beds.
We started the night off with an awesome Batman cake made by my friend, Melanie. Cooper LOVES Batman. 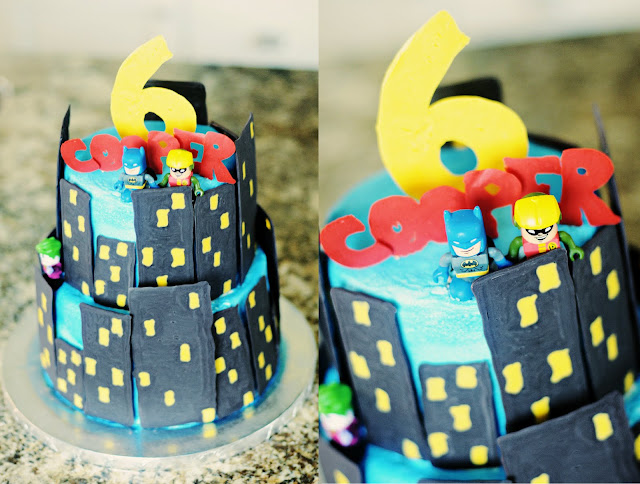 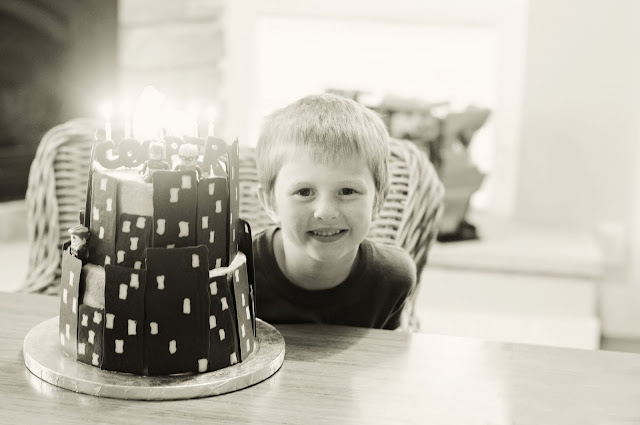 And blowing out the candles...
(on a side note, I love that Coop is wearing his "Sanders for Supervisor" t-shirt. This was not planned. He just came out of his room wearing it. He's a fan of his dad!) 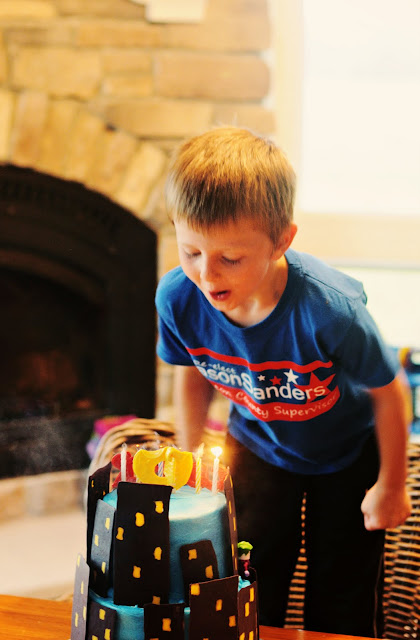 Gavin liked the cake, too... 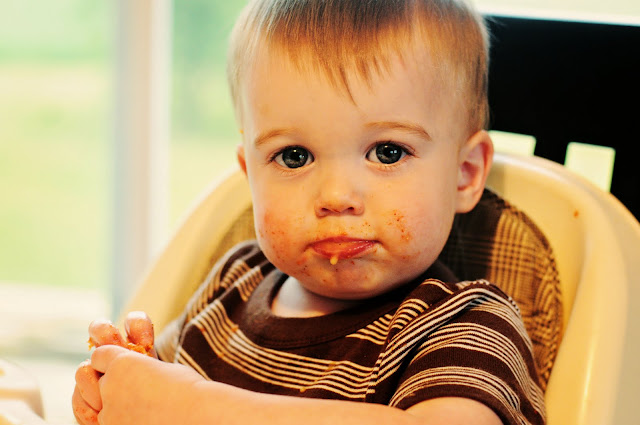 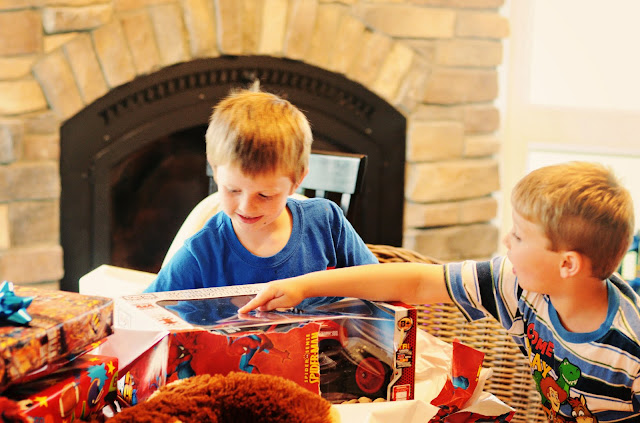 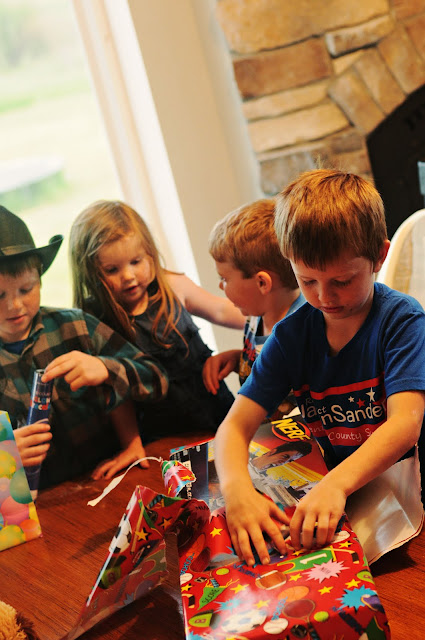 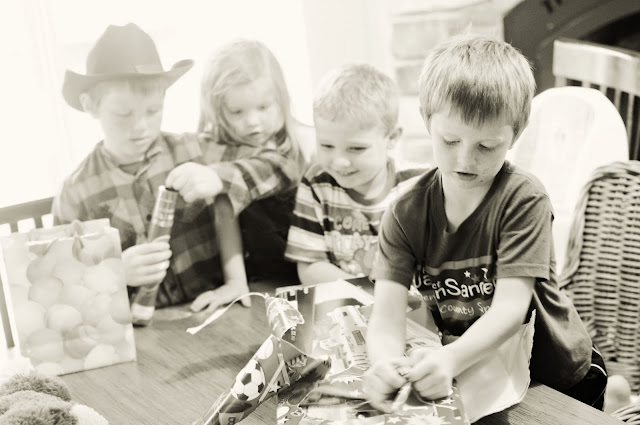 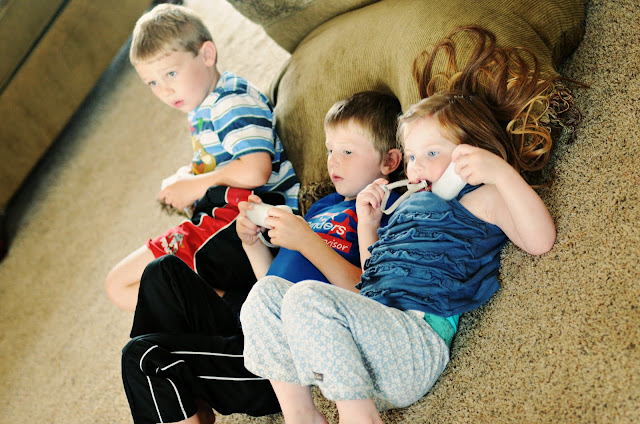 And just had a great time!
I still can't believe Cooper is 6.
In two weeks, he begins first grade! He's so excited and loves to read books and write stories. Cooper is also known for HAVING to know how everything works. We fear he may be an engineer in the making, haha. ;-) Sorry, just a little joke for all our engineer friends.
But really, it's so fun to see Cooper's curiosity and imagination as he builds inventions and brings his Batman fantasies to life. I love my boy!
Happy 6th birthday Cooper! May your tender heart continue to grow in the Lord and always shine on all that you meet. We love you!
Posted by Unknown at 9:52 PM

That cake is awesome! Looks like Cooper wears 6 pretty well! I can see why your little wrestler is getting so many marriage proposals!