This morning Chloe was taking her morning nap and Cooper wanted to go for a walk outside around our house. I, of course being obsessed with taking pictures of everything, took the opportunity to take some photos.
I guess our walk turned into an impromptu photo shoot. I have a few funny stories to go along with some of the photos, as often happens when takings photos of the kids :)
Here's some of the best takes of Coop.
I'd love to know which one is your favorite, and why!
{I love these first three. To me, they really capture his sweetness!} 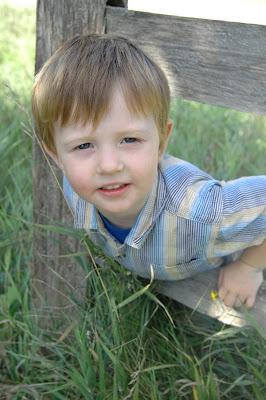 {Right before the photo below, Cooper said, as he moved closer to the camera, 'I'm gonna get up close & personal mom!' I have no idea where he heard that!} 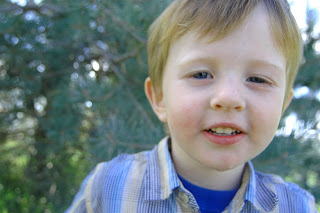 {I love this one. He looks like he's trying to do a superman pose with those little hands on his hips!} 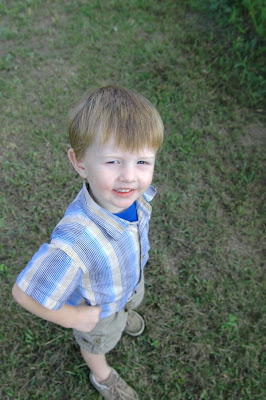 {Cooper loves to smell flowers. We can't walk past a flower without him stopping to smell it!}

{This is when he was telling me the sun was in his eyes.} 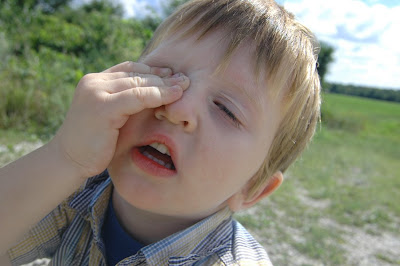 {In this photo, he told me he needed to hold up his 'heavy head.' Where does he get this stuff?} 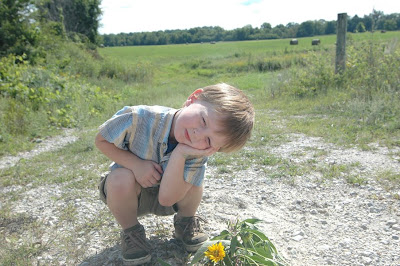 {Here's Cooper looking rather GQ! I do have a sun hood for the camera, but I kind of like the effect the suns rays has on this shot.} 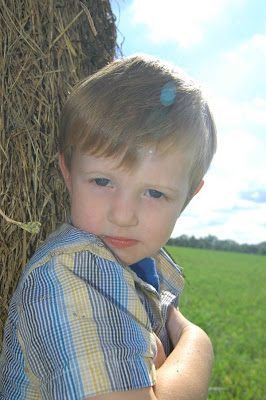 You are going to have some models on your hands for sure.. He is a natural too!
I really like the first big one..(under the small two) It was hard to pick though since he takes great pictures..

I like the one where he's leaning through the fence. I guess it's the earnestness of his expression and the little bit of light on his hair on the left and then on the right behind his head. It lends a little depth to the photo. If you have Photoshop, you could even try just one notch of more saturation if you wanted. (I'm always monkeying around with Photoshop, even when a photo really doesn't need it, and this one probably doesn't.)
I somehow managed to show up as "anonymous" last time. I'll try to do it right this time.
I enjoy your blog.