Cameras were a hit in Nicaragua, especially with the children. They do not have cameras and so they were amazed by them, especially with the digital LCD screen where they could instantly view their image.
As soon as a camera was spotted, the kids would swarm and beg, "Un Photo? Un Photo?" meaning, "Could you take my picture please?!?" This was great at first, but eventually we started trying to keep our cameras hidden a bit because we were tired of taking photos!
When the kids would look at their photo on the digital output, they'd just giggle. It was too funny! Anyway, due to their fascination with our cameras, I have no shortage of photos of the kids from the villages. And they were such cute kids! Take a look... 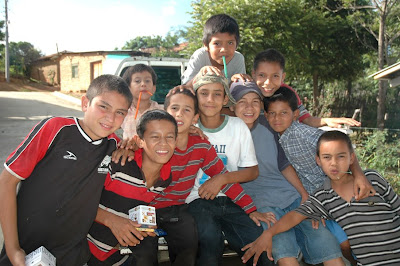 Here's me with a girl named Selena. She was a sweet, quiet girl who would just come stand by me. On one particular evening, wherever I went, there she was. {Just a side note: I have double jointed arms, which are quite evident in this photo. Jason asked me if my arm was broken when he saw this one...very funny Jason.} 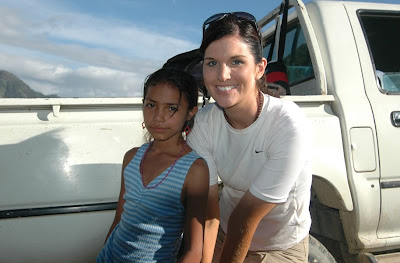 The kids who went to school go only in the mornings all year long. They wore uniforms to school and were so cute walking together. 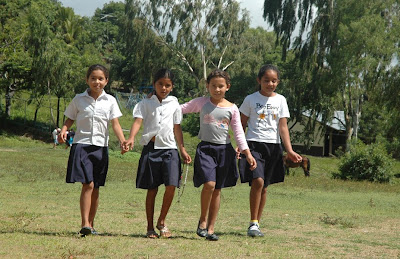 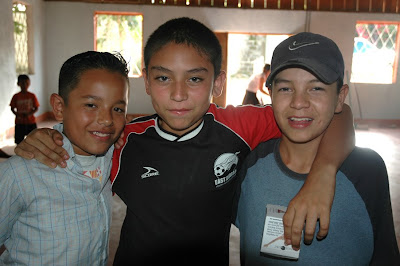 The kids thought Aaron was very 'alto' or tall, which he is. Aaron is well over 6-foot, probably about 6ft 5in would be my guess. 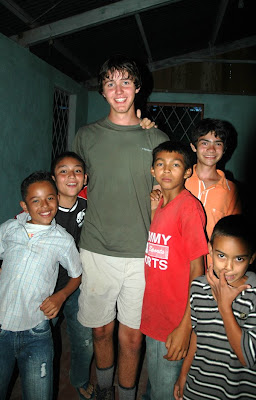 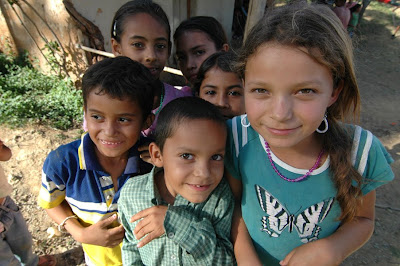 Here's Logan with some boys from Santa Maria. 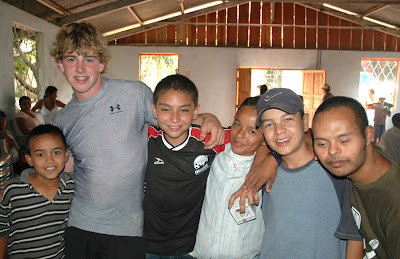 I thought this photo was funny. It's like a Where's Waldo...I'm behind all the kids piled on top of me. 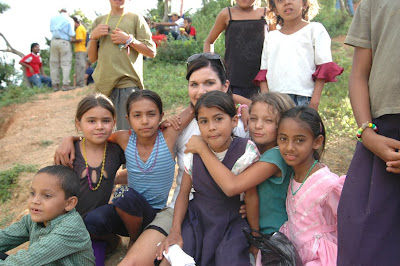 The two boys below were a few of the rowdy ones in the village. They were always in front of the camera! 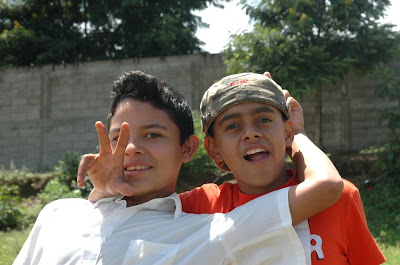